Board of Directors and Senior Management

Corporate > Management Board of Directors and Senior Management

Dr Huber completed his PhD in Space Science in reconfigurable hardware for space weather exploration on the International Space Station. After working in the aerospace sector he transitioned to the biomedical sciences, and over the past 8 years has been focused on medical device research and commercialization, where he developed and led a new portfolio of medical devices in radiation therapy for cancer treatment, building and leading a product development team and a new business line within an established multinational.

Dr Betz completed a PhD on the hypermutation of immunoglobulin genes at the MRC Laboratory of Molecular Biology, Cambridge UK. After 3.5 years working as a post-doc at the Howard Hughes Medical Institute, Johns Hopkins University, Baltimore USA, he was recruited back to the MRC Laboratory of Molecular Biology. His initial research interest was the regulation of lymphocyte migration by chemokines. In 2004 he published his group’s breakthrough discovery that regulatory T-cells maintain maternal tolerance to the fetus.  He retired from academic research in 2015 and now focuses on helping commercial projects. 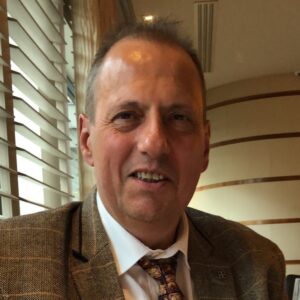 Dr Woolfson is the founder of ProteinLogic, having discovered soluble Cluster of Differentiation antigens that underpin ProteinLogic’s platform technology. Dr. Woolfson completed his post-graduate training in internal medicine at Addenbrooke’s Hospital, Cambridge, UK. He holds a BM BCh degree in Clinical Medicine from Oxford University and completed his PhD in molecular immunology at Cambridge University. He was the Charles and Katherine Darwin Research Fellow at Darwin College Cambridge, and a Wellcome Trust Clinical Research Fellow. He completed his doctoral and post-doctoral work in the laboratory of Nobel Prize winner and inventor of monoclonal antibodies Dr César Milstein in the Division of Protein and Nucleic Acid Chemistry at the MRC Laboratory of Molecular Biology in Cambridge, UK.

He is currently serving as Executive Vice President of Research & Development, Sangamo Inc., CA, USA. Dr. Woolfson has over a decade of biopharmaceutical industry experience in drug discovery, medical affairs and early and late stage clinical development. Previously, he served as Chief Medical Officer at Nouscom AG, a genetic cancer vaccine biotechnology company based in Basel, Switzerland, where he led the development of the company’s off-the-shelf and personalized neoantigen vaccine and oncolytic virus strategy. Prior to Nouscom, Dr. Woolfson served as Global Clinical Leader, Early and Late Stage Immuno-Oncology/Hematology at Pfizer Inc. in New York, and was responsible for defining Pfizer’s hematology immuno-oncology strategy and building its immuno-oncology hematological malignancies portfolio. Prior to that he was the Global Lead for Pfizer’s SMO inhibitor glasdegib, which received FDA approval in 2018. From 2007 to 2013, Dr. Woolfson held roles of increasing responsibility at Bristol-Myers Squibb, including Global Medical Lead for a first-in-human CDC7 inhibitor and selective JAK2 inhibitor.

Dr Gibson holds a holds a degree in Chemistry from Bristol University, and a PhD in Biochemistry from Oxford University, where he also performed postdoctoral research. Since then, he has held a number of senior leadership roles with Bristol-Myers Squibb, focusing on commercialization and lifecycle management within the company’s oncology department, rising to becoming a member of the European oncology steering committee. He then went on to become Senior Director for New Product Strategy and EU commercialization with AVEO, as a member of the senior executive team. Since 2013, he has held the role of Global Pharma Key Opinion Leader for the Korean Health Industry Development Institute, and has devoted himself in the development of solutions to complex issues in healthcare access a CEO of an independent consultancy.

Mr Klimt is an experienced entrepreneur with extensive practical expertise in international business including investment, and mergers and acquisitions.

He has professional qualifications in law and practised as a corporate lawyer. He is currently CEO of Welbeck Investment Management Limited. 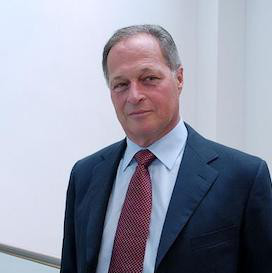